What is the Difference between Visionary Fiction and Speculative Fiction and Why Should I Care? – guest post by Lee Jordan 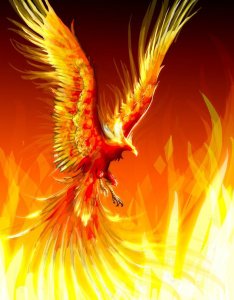 Well, to answer the last part of the question, writers need to care where their books fit on bookstore shelves, and in our case the virtual bookshelf. Gary and I, writing together as Phoenix, are genre rebels, writing what we want to write, but when it comes to having people find our stuff, well then we are forced into labeling our work (we hate that).

The key to speculative fiction lies in the root word: speculate. Think of this in terms of “what if” and you’ll see it. So now you might ask, but doesn’t that make all fiction speculative? What if the Wicked Witch really has monkeys that can fly? What if aliens really exist on Earth? What if we could be like Superman and leap tall buildings? And what if there was a separate world for regular folk and witches, where the witches attended an academy to learn their craft?

Fiction, by definition, is untrue, so all of it involves some degree of speculation. The difference is in what’s being speculated upon. My opinion is that Visionary Fiction is a genre that was created to specify a goal, not a genre. Romance, alternative history, weird tales, dystopian, apocalyptic, time travel, (think of time traveling World War II nurses, moving through time to Medieval Scotland), past lives, superheroes, all sorts of supernatural elements – but with a difference.

The difference is that the goal of the story would be to uplift, illustrate, and demonstrate that we as humans have much more ability than we even suspect.

How much power do we as spiritual beings really have? Are there any boundaries?

No one knows for sure. We can do all sorts of things with the physical universe that no one would have believed possible even just a year ago, much less decades past. I’m sure you can think of hundreds of examples of such amazing technological advances.

But how much do we really know about the spiritual universe? A few years ago, this was explored only in the realm of traditional religious dogma or ghost movies. The spiritual universe vs. the physical universe. Some people think they are just a body, a heart and a brain and two arms that they can pick things up with, but not spiritual beings of immense power. How much do we humans really know about who we are? I say not enough.

Sometimes Visionary Fiction has themes of a character winning over nature by sheer will, or winning over impossible evil odds, also that uplift and give the reader an expansive feeling about the possibilities for the human race. Other stories can have the characters have sudden unexplainable powers and delve into unexplored spiritual abilities.

So if you suspect that there is more to humans than meets the eye of common awareness, then you will enjoy novels that explore the matter within all sorts of genres, that make use of plots, characters, and setting with imagination and asking the question “What if?” With Visionary Fiction, an author can weave a tale that immerses us in drama, along with offering a new way of looking at our spiritual selves, what is possible, and give an ode to the indomitable human spirit.

Speaking of odes, here is one that says it all:

We are the music-makers,

And we are the dreamers of dreams,

And sitting by desolate streams;

On whom the pale moon gleams:

Yet we are the movers and shakers

Of the world forever it seems.

We build up the world’s great cities,

And out of a fabulous story

We fashion an empire’s glory:

One man with a dream at pleasure,

Shall go forth and conquer a crown;

And three with a new song’s measure

Can trample an empire down.

We, in the ages lying

In the buried past of the earth,

Built Nineveh with our sighing,

And Babel itself with our mirth;

And o’erthrew them with prophesying

To the old of the new world’s worth;

For each age is a dream that is dying,

Or one that is coming to birth. 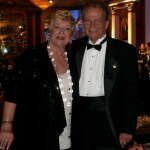 We are Lee and Gary Jordan, the co-writing team, Phoenix. As Phoenix we write spiritually uplifting novels with many themes under the umbrella genre of Contemporary Fantasy. We wrote A Whisper from Eden, Historical Fantasy: a visionary saga spanning time and space, an American Indian tribe being influenced by two ancient societies from another galaxy, and Leon’s Lair, an continental adventure with a paranormal twist.

We are currently working on our It’s a Matter of Time series: Just in Time, The Last of Her Kind, a Neanderthal girl who survives to present day in southwestern France, and Take Me With You, My Love, with a heroine who falls in love with a fictional hero from 1277 and becomes obsessed with time travel.

We live in Hollywood with our ornery tomcat, Snickers, but we don’t spend much time in the wonderful California sunshine. Instead we are maniacs who sit in front of our computer screens, weaving tales we hope readers will enjoy. You can visit us at our website here.

14 comments on “What is the Difference between Visionary Fiction and Speculative Fiction and Why Should I Care? – guest post by Lee Jordan”

This entry was posted on May 11, 2015 by Admin - Eleni in Blog, For Authors, For Readers, Guest Posts, Key Posts, Miscellaneous and tagged Lee Jordan, Phoenix, Visionary Fiction.