The Visionary Fiction Revolution – And How Words Can Change the World, Part 1 – Guest post by Rory Mackay

It’s estimated that nearly 130 million books have been published in modern history. 28 million books are currently in print in English alone. When contemplating writing a book, I can’t help but reflect on these staggering statistics, as indeed I think all authors should. Does the world really need another book to add to those 130 million others? In what way is writing a book going to benefit the world and enhance the lives of its readers? Is there a reason for telling a new story – a need, and a purpose for doing so? If not, then why invest the substantial time and effort in writing a book? If it’s just to make money, then there are certainly easier and less labor intensive ways of doing so – particularly with the market as saturated as it is, with more books published than any time in history and an apparently downward trend in readership.

The publishing industry is in the threshold of a transformation comparable to the advent of the Gutenberg print press over 500 years ago. The way we read is changing substantially, and the way writers release work is also changing. The advent of digital publishing has resulted in an explosion in the number of books being published. I’ve heard it said that we are experiencing an overproduction of books. The scarcer a commodity the more valuable it is, and indeed vice versa. There are more books to choose from than ever before, and to compete in this wild new literary world, authors and publishers must keep prices rock bottom and increase their output to compensate.

Our 21st century civilization is guilty of the crime of excess, if nothing else. In the current information age, we have more information than we’ll ever know what to do with, all readily available via magical little devices we keep in our pockets. Whether this unprecedented access to information has made the human race any wiser is a matter for debate. As far back as 1984, John Naisbitt famously remarked that our culture is “drowning in information, but starving for knowledge”. This clearly extends to the literary world. We’re drowning in a sea of readily available books; ours to download at the press of a button. Upwards of 4,000 books are being published a day. But of these 4,000 books, how many are adding something new, something necessary to the world? 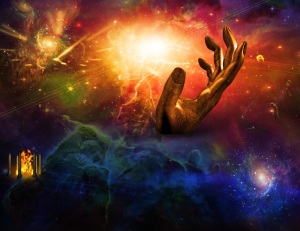 Have writers lost their way?

The issue of social entropy is something I find interesting and a little disturbing. It’s a basic law of physics that any system will, over time, veer from a state of simplicity and order to ever greater diversification, complexity, chaos and eventual degradation.

I believe the writing world is, like many other things in society, experiencing a degree of entropy. There’s greater diversification than ever before and an immense volume of literature being pumped out. Anyone can be a writer now. You could theoretically write a book this morning and have it ready to download on Amazon by suppertime. Heck, if you’re lucky it might even sell! Some of the bestsellers of the past few years haven’t even been particularly accomplished in a literary sense. This ‘democratization’ of publishing is in many ways a good thing but it does have many implications. Although anyone can now be a writer, perhaps only a few of those writers are likely to spend the time learning, developing and honing the skills and craft of storytelling.

I believe it is essential for a writer to have a clear understanding of the basic function and purpose of storytelling. We need to understand why human beings have a compulsion to tell stories, and how these stories have the power to shape our culture, society and our views, beliefs and our very experience of reality.

When writers lose touch with the purpose of storytelling, stories lose their power. They become merely a form of superficial entertainment; distraction and escapism, bereft of meaning and depth. Oh, we keep telling stories, but without an understanding of why we’re telling the story and what it’s actually about, the stories become mechanical and lackluster, often relying on gimmicks, clever marketing and shock factor to grab our attention. Otherwise it’s a case of, as Dexter Palmer wrote in his novel The Dream of Perpetual Motion: “Stories? We have no time for them; no patience.”

If the storytellers have forgotten why they even tell stories, beyond the obvious material gain and the desire to be creative, why should the readers and audience care?

The ancient power of storytelling

The greatest writers do not write to entertain the world. They write to change the world. And the very best of them actually do.

Truly classic stories have a timeless power to them — which is why they can endure for hundreds, even thousands, of years. They are not just a succession of meaningless events interwoven to distract, entertain and amuse, no matter how cleverly written. They have a meaning to them; a purpose, a message to impart and questions to explore.

Modern society provides us with every luxury conceivable, but it comes at a price. We are all cogs in the capitalist-consumer machine, and for all the latest smartphones and smart watches and smart TVs we have to distract us, on some level we are crying out for something more: greater wisdom, greater meaning to our lives, and some kind of inner nourishment to counter the relentless stress and struggle of modern life. What we yearn for is to be free — and, at heart, all the greatest stories are about freedom of the human mind, heart and soul.

Human beings are born storytellers. The story was invented long before the wheel and we’ve been sharing them since possibly before the advent of linguistic communication. Cave paintings are believed to be the earliest records of storytelling, in which the history, myths and narratives of ancient tribes were set, literally, in stone. As I explored in my article ‘The Power of Storytelling and Mythology’ storytelling is hardwired into the human brain, as one of the ways that we interpret and make sense of reality. Mythology, one of the world’s oldest forms of storytelling, was a way of understanding the universe and mankind’s place in it. Whether as creation myths or tales of heroes battling gods and demons, mythological stories were deeply symbolic and metaphorical, holding significant meaning for particular tribes and cultures.

It’s often said that there are no new stories, only the constant recycling of various plot elements in different combinations. Indeed, Christopher Booker wrote a book in which he claimed that there are only seven basic plots, which can be reconstituted and adapted in various ways. Comparative mythologist Joseph Campbell believed that all stories and myths at their basis were in essence variations of a single story, which he called the monomyth, or the hero’s journey, “the song of the universe” being sung in different ways by various cultures and people throughout history. Is it possible that all stories can be boiled down to one essential story?

A natural born writer, thinker and dreamer, Rory Mackay was born and lives in Scotland. As an ardent student of Vedanta, Zen and Taoism, one of Rory’s true passions is exploring the potential of fiction and art to elevate mood and expand consciousness. His second novel, The Key of Alanar, a visionary fantasy/sci-fi epic will be published September 14, 2015. He is also the author of the novel Eladria, a translation and commentary of the Tao Te Ching, and several short stories. He is in the process of writing a self-help book and writes a regular blog at http://beyondthedream.co.uk. His website is http://www.dreamlight-fugitive.co.uk.

18 comments on “The Visionary Fiction Revolution – And How Words Can Change the World, Part 1 – Guest post by Rory Mackay”